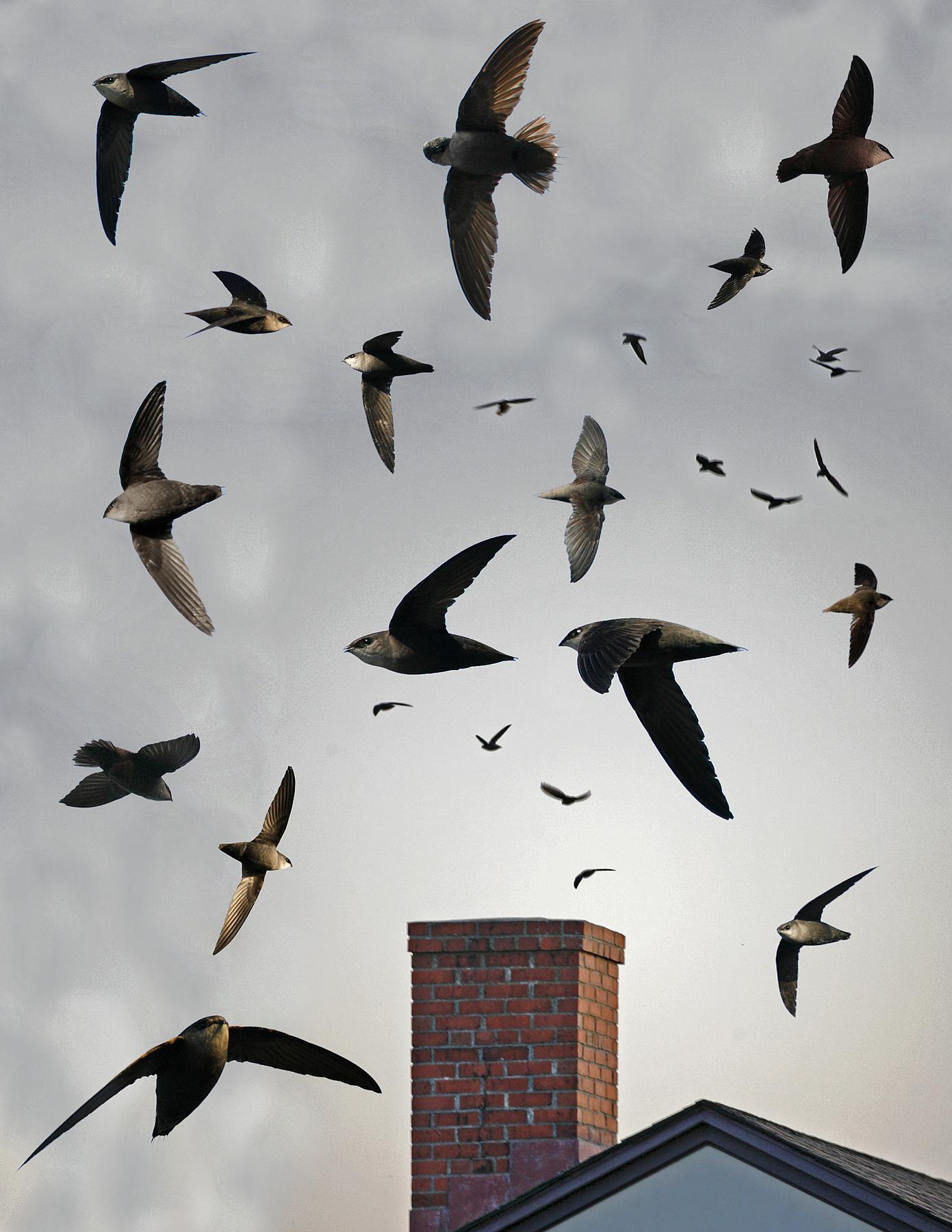 Only a single pair will build a nest in a chimney, but during migration swifts will roost together in large numbers

Chimney Swifts do just about everything on the wing – eating, drinking, bathing, even snapping off twigs for nesting material. They only stop flying to nest and roost!

Chimney Swifts (Chaetura pelagica) are long-distance migrants, leaving their wintering grounds in the upper Amazon basin of Peru, Ecuador, Chile, and Brazil in the spring to breed throughout the eastern United States and into southern Canada. They eat small flying insect pests such as mosquitoes, biting flies, and termites. These small, fast-flying aerial insectivores historically used large, hollow trees for nests and roosts, but as many forests have been cut down the swifts readily adapted to nesting and roosting in chimneys. Although this beneficial species has adapted to urban and suburban areas, swift populations have sharply declined within the last fifty years.

In recent decades, Chimney Swift populations have been in decline throughout much of their range, likely due to a decrease in prey abundance, changes in chimney designs and/or chimney caps, and unknown threats during migration and on the wintering grounds. This species has been in decline at a rate of 2.5% per year between 1966 and 2015, resulting in a cumulative decline of 72%, according to the North American Breeding Bird Survey.

Today, the majority of Chimney Swifts rely almost exclusively on man-made structures, like chimneys for nest and roost sites. Several environmental organizations and parks have installed Chimney Swift towers throughout their breeding range to provide suitable nesting and roosting habitat for the swifts and to educate communities about the life cycle of the species. Chimney Swift towers are “mini-chimney replicas” that function as both nest sites and nighttime shelters for the bird. BTNEP will be installing several Chimney Swift towers and educational signage to promote the conservation of this beneficial species. In addition to providing essential habitat, the towers will also provide new opportunities for interpretive education and wildlife observation.

How can YOU help Chimney Swifts?