Red Knots (Calidris canutus) are long-distance migrants that travel over 1,000 miles two times a year from their breeding grounds in the arctic to their wintering grounds in South America. Part of the Red Knots journey includes Louisiana’s coast, a place to rest and refuel.

The rufa sub-species of the Red Knot has been protected as a threatened species under the Endangered Species Act since 2014. This project in coordination with similar efforts in Texas was initiated to gather additional migration data on this species. Individually marked leg bands were applied to over one hundred Red Knots in Grand Isle, Elmer’s Isle and the Caminada Headland. Data collected through re-sighting efforts will be used to inform the development of recovery plan criteria and conservation strategies for this threatened species. 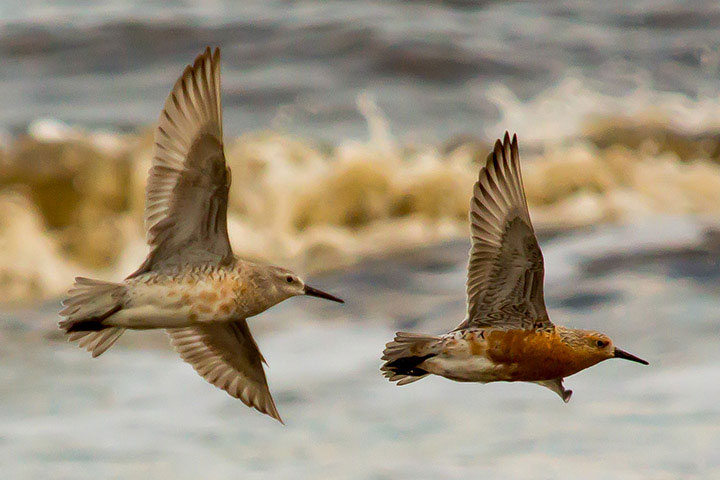